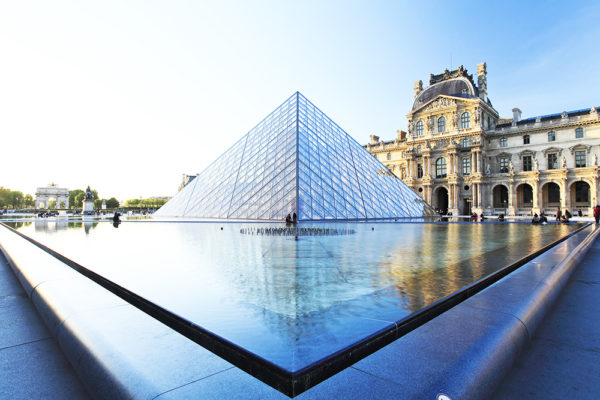 The Louvre museum is one of the largest museums in the entire world. This historic monument in Paris is a landmark of the city and is located on the bank of Seine River. This museum has a vast collection of prehistoric objects exhibited in an area of 60,600 square meters.

The museum, housed in Louvre Palace is a place worth visiting. The palace was built in twelfth century as a fortress; you can notice the remnants of the fortress in the basement. The fortress was then extended and rebuilt many times, until it became the current palace.

The museum was opened on Aug 10, 1793 and exhibited around 537 paintings then. Majority of these paintings are royal and some of them are confiscated church property. Louvre Palace is world’s second most visited museum, the first being the Palace museum in China.

As this is the second most visited museum in the world, many tour operators offer exciting tour packages to the place. Most of the tour agencies offer English-speaking guides, who can walk you through the marvels and masterpieces in the museum.

The museum has the most famous art collection in the world. You can see masterpieces like Mona Lisa and Venus de Milo in the museum hall, or head to the Apollo gallery and see the royal crowns of King Louis XV and Napoleon.

Mona Lisa by Leonardo Da Vinci is one of the most popular attractions in Louvre museum, and the museum authorities recently announced that this painting is to get a new private room for itself. Authorities said to the media that their biggest crowd puller, Mona Lisa, would be placed in more congenial surroundings, which will offer more chances to the visitors to enjoy the painting.

As per the reports, the new room will have two areas, one to display the painting and the second to allow visitors to see the painting from all angles. With more focus on the Mona Lisa painting, the museum is flooded with visitors and this is the best time to book your Louvre tours.