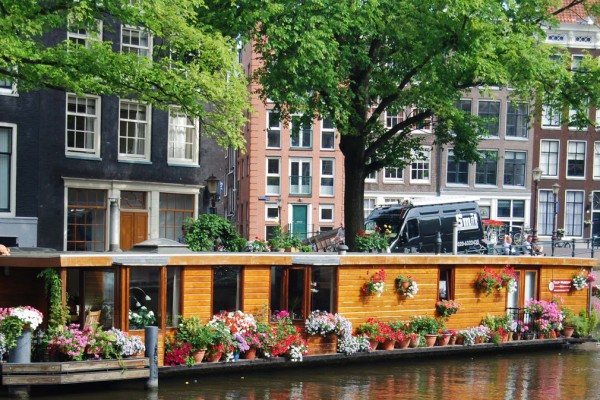 Amsterdam is a city of rich cultural heritage, and is one of the most visited travel destinations in Europe. As the capital of kingdom of Netherlands, the city offers great architecture, historical museums, and various other places that take us back to 17th century.

You can choose your adventure when in Amsterdam; you can go for boating through nearly 100 canals, biking through its large parks, or just have a stroll through the ancient streets. Von Gough museum, Rijskmuseum, the Red Light District coffee shops, Vondelpark, Bloemenmarkt, and Anne Frank House are some of the famous tourist attractions in the city. Here are the top three most famous places in Amsterdam.

The museum contains the work of the famous 19th century painter, Vincent Van Gogh. The building itself is an architectural beauty with a transparent entrance hall made of large glass panels. It is, in fact, the largest glass structure in the country.

In the museum, you can see about 200 paintings, 700 letters, and 400 drawings of Van Gogh. The museum also has paintings and sculptures of his contemporaries. More than 1.5 million people visit the museum each year.

Rijskmuseum is the largest museum in the country with 80 galleries. This Dutch national museum houses around 1 million artifacts that are 1200 to 2000 years old, and 8,000 other collections of art and history. Famous works of Rembrandt, Frans Hals, and Johannes Vermeer are the most appreciated ones in the museum. It also has an Asian Pavilion displaying Asian collections.

There are numerous paintings, prints, porcelain, delftware, photographs, silver, furniture, jewelry, costumes, drawings, and objects from the early Dutch civilization. It also has model ships and an armory that gives an idea of the past Dutch culture.

Every year, nearly 2.5 million visitors come to experience the astonishing artifacts in the museum. The museum is located close to the Von Gough museum.

It is the most popular park in Amsterdam, with around 10 million tourists and residents visiting it each year. The park has an open-air theater that hosts many world-class shows from June to August.

Some other attractions of the park are its various statues, restaurants and cafes, and the rose garden with different varieties of roses. It is a popular gathering place for relaxing, playing, and biking, for both tourists and residents.