Exploring the City of Amsterdam on a Bike 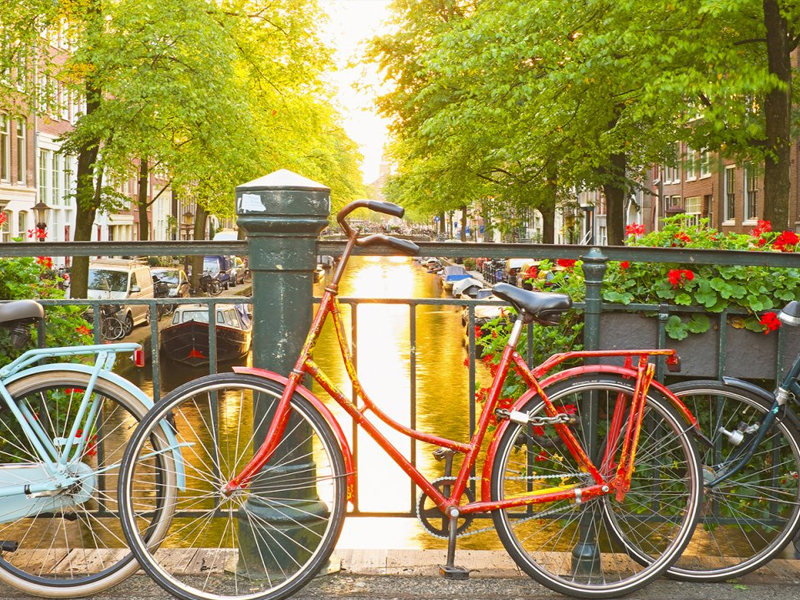 Bike touring is one of the best ways to explore the city of Amsterdam. Ride around spectacular and stunning monuments, lakes and other historic buildings in the city, and learn about the rich and strange history that make up the Amsterdam culture.

If you want to explore and make the most of your time in Amsterdam, bike touring is the perfect way. Grab a set of wheels and get ready to witness the beauty of Amsterdam by riding around the city like the locals. As biking is one of the most important aspects of the city, your bike tour will give you the feel of being a part of this incredible city.

A bike tour will offer you a better chance to ride around the canals, and with an expert guide to show you around the city, this will be an unforgettable journey. The incredible tour will help you blend in with the natives of Amsterdam, and if you chance to ride along the Amstel River, you can even get a glimpse of funky houseboats, rowing clubs, and people fishing in the river. A few of the remaining authentic windmills and Dutch farms are also visible while you bike tour through countryside regions.

A reasonable level of fitness and biking skill is necessary, as it takes a minimum of 4 hours to tour around the city. Nevertheless, this activity is suited for anyone above the age of ten. There will be stops during the bike tour, which helps you to relax. You can also opt for either countryside bike tours or private bike tours; both are available at an affordable rate.

One of the greatest advantages of bike tours is that they can take you anywhere in the city quickly; and you don’t have to worry about getting stuck in the traffic. The most highlighting parts of the city can be covered within just two hours, if you are heading through the city with a guide.

Explore Jordaan district, the heart of the city, the famous houses of Anne Frank and Rembrandt, the exceptional architecture of Rijksmuseum, and the famous Red light District while riding in the traditional and magnificent Dutch way. Vondel Park, which is a central spot where natives comes to rest, can also be covered during your spectacular bike tour.