London – An Epitome of Cultural Diversity 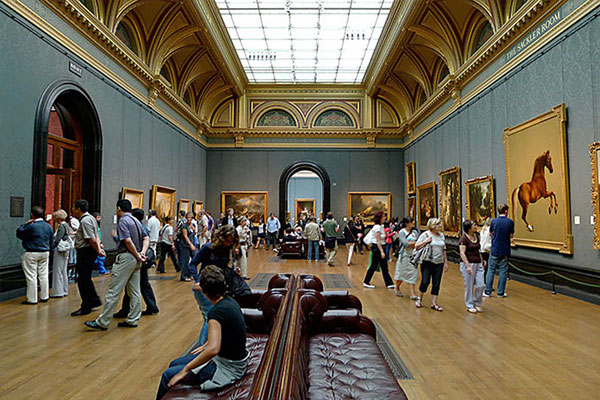 London is one of the most significant cities in the world according to Forbes, and is the hometown of prime legal, cultural, and business practices that delineate global capitalism. The city is famous for its multicultural society, and with a third of its inhabitants being foreigners, London is an epitome of cultural diversity.

London has been a tourist destination since ages. Millions of people from all around the globe visit the city to experience its rich heritage as well as have a glimpse of the British cultural and artistic superiority. The city, which is mainly known for its architecture marvels, also has a deeply preserved heritage and scenic beauty that has always been a main contributor for the economy of Europe.

Must Visit Places in London

It is a hard task to choose the best sights from London’s rich landscape. However, here is a short list of the main attractions no traveler should miss out on when in the city.

Standing as a crowning glory in the Trafalgar Square, the National Gallery of London is one of the top tourist destinations of every London Tour. The gallery holds a vast collection of over 2,000 Western European works of art from the 13th century to the 19th century. The paintings at display include works by legendary artists such as Leonardo Da Vinci, Botticelli, Rembrandt, Renoir, and Van Gogh.

The Natural History Museum of London is one of the biggest museums in the world, and houses a rare collection of 300 real fossils and 20 complete dinosaur fossils. The main attractions of the museum are T-Rex growth series, which showcases the only trio of differently aged T-Rex specimens in the world.

The museum also features exhibits that allow visitors to study dozens of ferocious and elusive animals, besides housing a full-sized blue whale skeleton. You can also watch some rare and extinct species of spiders and butterflies in the museum.

Thousands of artists and musicians perform to millions of visitors at this world-famous arts center. Located at the South Bank of River Thames offering a great view of the Capital to St. Paul’s Cathedral, Southbank Centre was created back in 1951 for the festival of Britain; it has been a well-known festive site since then.

You can also enjoy a wide range of delicacies at the restaurants and cafes close to the arts center, or go for some shopping at the local shops and nearby market. The Southbank Centre officials even encourage visitors to get involved in the events in new and more creative ways.