Let one of our certified guides introduce you to all the military splendor of the Changing of the Guard during this 2-hour semi-private tour. Learn all about the traditions and history of this spectacular event while hearing more about the monumental Buckingham Palace.

Start your adventure at London’s famous Trafalgar Square, where you’ll learn about the Queen’s Guard with their iconic uniform of scarlet red tunics and bearskin hats. We keep our groups small—no more than 8 guests per tour—so you’ll have plenty of time to ask questions as your guide walks you through the Horse Guards Palace, where the Cavalry on Guard presents a spectacular sight: a mounted regiment riding immaculately groomed horses with shining breastplates. You’ll then head up the Duke of York Steps near the monumental Admiralty Arch to hear about monarchs such as George VI and his wife Queen Elizabeth – while admiring their statues!

Next is a stroll along the famous Mall to St. James’ Palace, where you’ll see the inspection of the soldiers. This New Guard will process along the Mall as they make their way towards Buckingham Palace, where they’ll replace the Old Guard. Your guide will lead you to the monumental royal palace, where you’ll see the military spectacle unfold before your eyes. You’ll then follow the Old Guard – now off duty – to the Wellington Barracks, so that by the end of the tour, you’ll have participated in every stage of this historic British tradition.

Trafalgar Square, the most famous public square in London

St. James’ Palace, the most senior royal palace in the UK 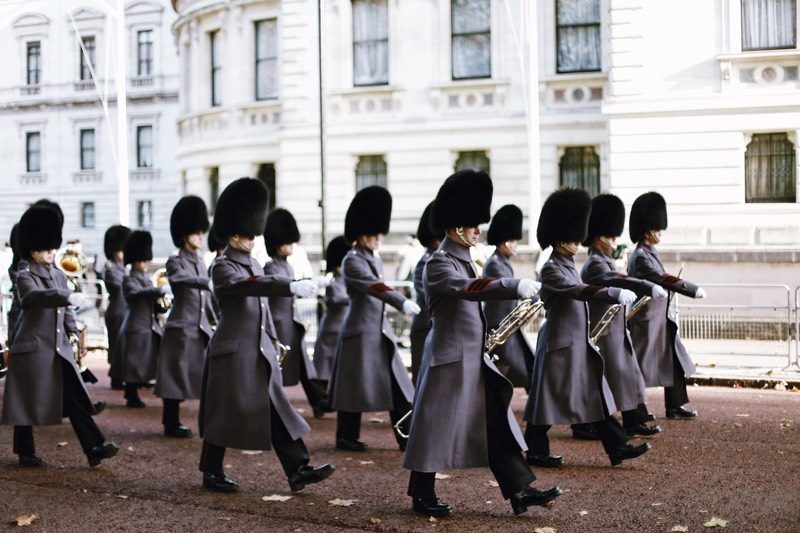 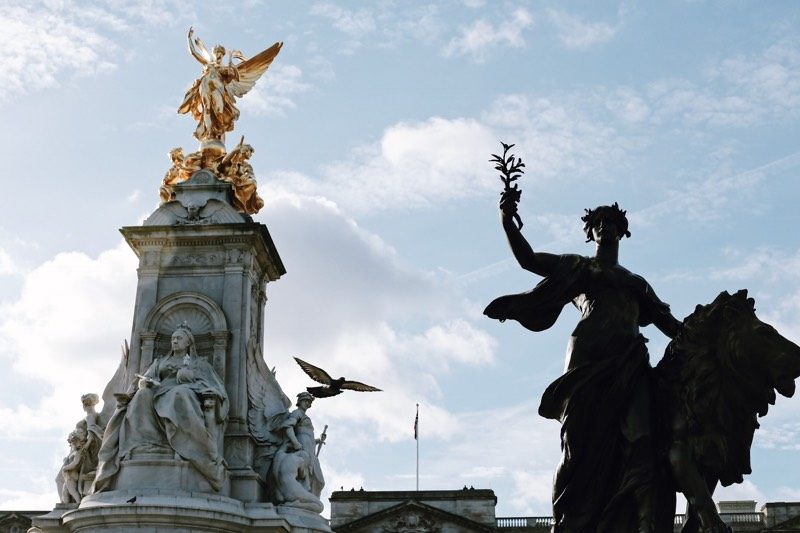 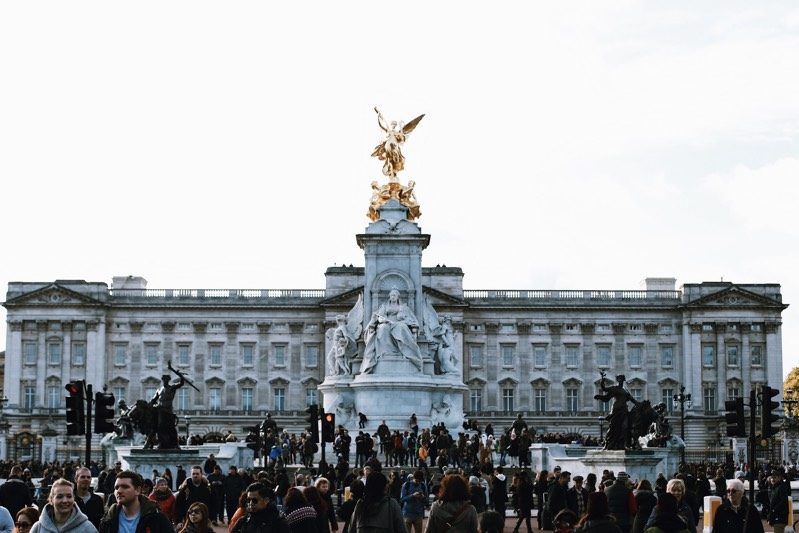 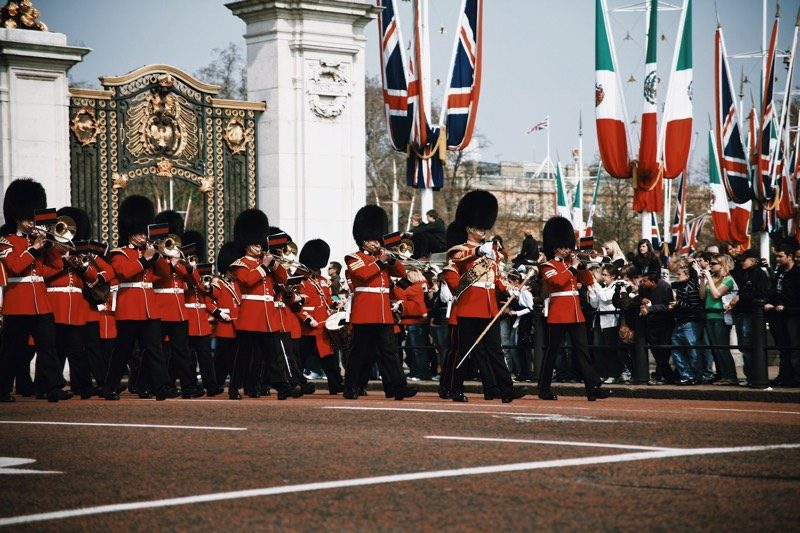