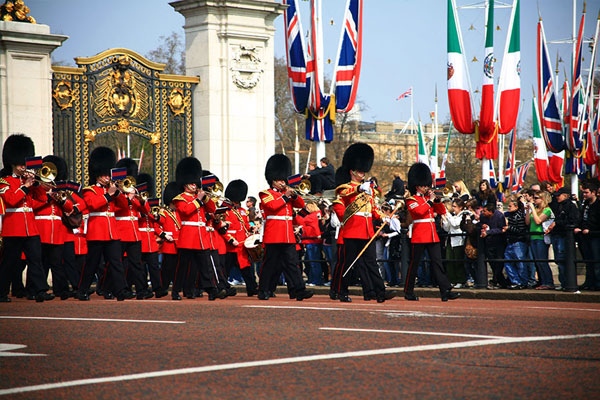 London is the place to be when it comes to having a to-do list. You’ll enjoy the atmosphere and vibe so much that you’ll want to extend your trip. Every August during bank holiday weekend, there are literally almost a million people that flock to the Notting Hill Carnival for music, food, and a huge parade. There are hundreds of drummers that pound out the beat as a crowd lines the streets. The sound system is so loud that you will hear it from afar and feel like you are being called to the music. The jerk chicken enhances the air with a lovely aroma that will make your taste buds salivate for hours. It almost feels like you aren’t in London anymore. There’s tons of space to dance and just let loose. The party is kept in full swing and it just wonderful.

Make sure to be in town around the 5th of November for ‘Guy Fawkes Day’ where they have magnificent fireworks on display commemorating the day when Fawkes tried to blow up the House of Parliament. The dark autumn sky will be illuminating at Alexandra Palace. Maybe you fancy a boat race; they happen in April between rivals Oxford and Cambridge. If you’re a traveler on a budget, check out the YHA Hotel in Holland Park where you can sit in a beautiful London setting that was a former Jacobean mansion right smack down in the middle of affluent Kensington. You can even get a really great spot on a budget at Eden Plaza Kensington Hotel that is just opposite of the Natural History Museum. If you really want to live large though, you’ll want to book yourself a roof-top room at Zetter’s with their private patios overlooking St. John’s Square in trendy Clerkenwell, East London. London is full of interesting activities and beautiful places to just relax. Find some time to enjoy your surroundings in the lovely London.