Exceptional Art Works at the Rijksmuseum 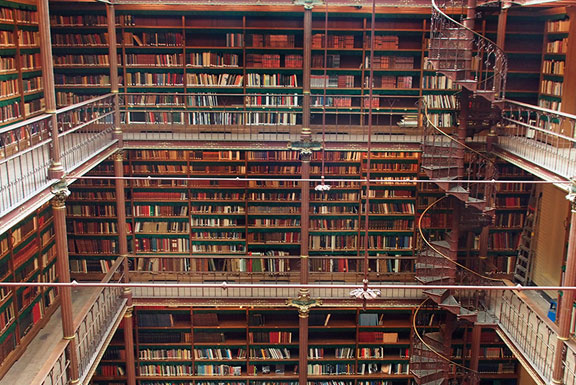 Rijksmuseum is undoubtedly one of the major highlights in Netherlands. This exceptional museum has attracted tourists from all over the globe with its abundant collection of art. More than 8,000 magnificent artworks are housed inside this amazing museum. Obviously, exploring the entire museum in a day won’t be possible. So if you were running short on time, here are a few picks you should not miss while you are visiting the Rijksmuseum.

The passageway of Rijksmuseum instantly grabs your attention due to the transparency and atmosphere it offers. The music made by the street musicians and other hosts will make you excited and help you to get ready for the upcoming journey.

This exceptional artwork was painted by the famous Rembrandt Harmensz van Rijn in the year 1642. The painting was initially made for the Arquebusiers guildhall and it featured lively figures in it. Rumors also say that the young girl in the foreground looks like Rembrandt’s wife.

The Milkmaid is one of the finest and arguably, the best artworks in Rijksmuseum. Johannes Vermeer painted this amazing artwork in the late 16th century. This painting portrays a maidservant, who is engaged and totally absorbed in her work.

This amazing artwork was made in the year 1887. This self-portrait reminds us about the depressing and disturbing story of Vincent Van Gogh. Vincent suffered from madness, which led him into despair and loneliness. He gradually ended his life by committing suicide in the year 1890.

After almost a decade of renovation, the Rijksmuseum reopened to the public by the year 2013. Pierre Cuypers, the building architect of the museum suffered great criticism and the general opinion about the museum was that it was “too much Renaissance and Gothic, not enough Dutch”. Cuypers has included himself as a stone sculpture inside the Rijksmuseum.

Banquet at the Crossbowmen’s Guild

This amazing artwork is said to be Bartholomeus van der Helst’s best work. The piece depicts the signing of the Treaty of Münster, the event that put an end to the war with Spain. People say you keep on discovering more details from the picture as long as you stare at it.

The Battle of Waterloo

Jan Willem Pieneman painted the Battle of Waterloo in the year 1824. He preferred to give the soldiers a calm and relaxed look, even though the battle was reckless. The painting was initially painted to put on display at the palace of Brussels.