Things to Do in the Dam Square in Amsterdam 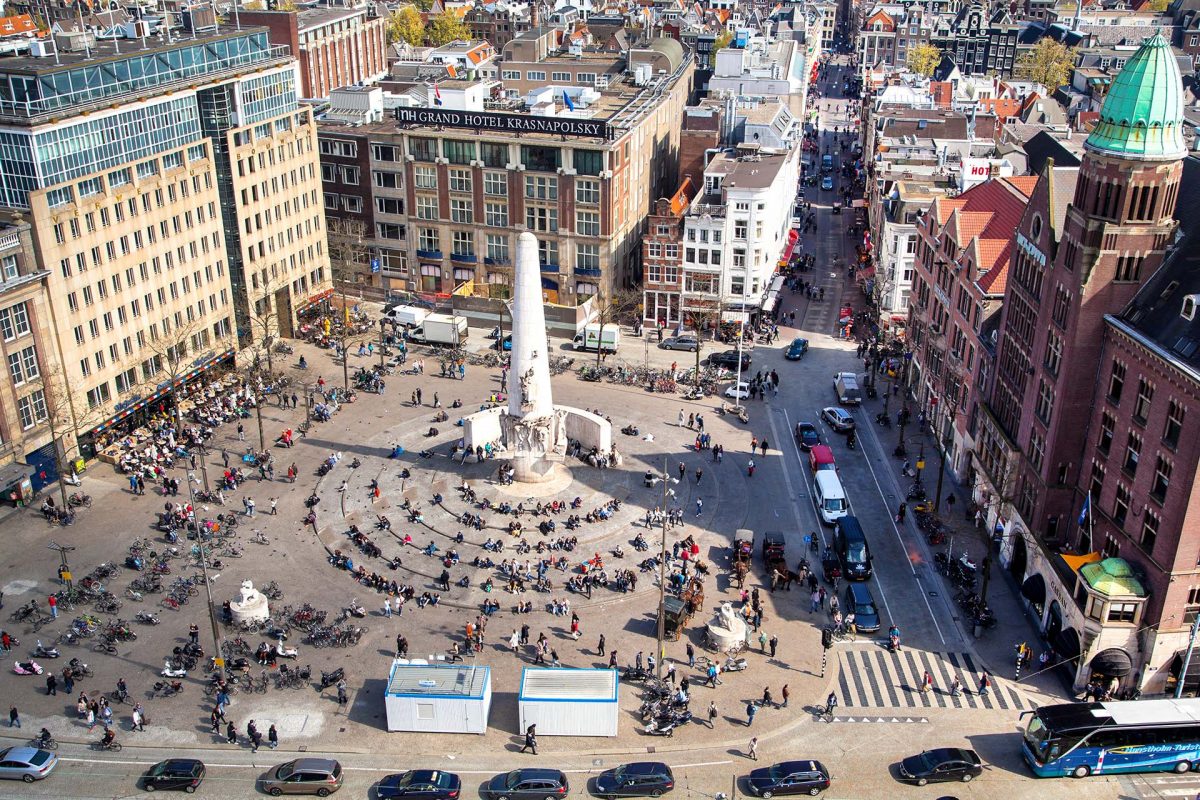 Dam Square is one of the most popular neighborhoods in Amsterdam. It is the endpoint of many frequently-traveled streets in the city, such as Kalverstraat, Nieuwendijk, and Damstraat. This makes the Dam Square a triumphal checkpoint for everyone on Amsterdam private tours.

There are a lot of attractions to see in Dam Square, which may make it a bit confusing for you to get started. So to help you out, below are some of the best things to do in the Dam Square, which will make learning about the history of Amsterdam during your private tour much more exciting.

The Amsterdam National Monument is a cenotaph, which was built in 1956 to commemorate the Dutch fallen soldiers during World War II. The main pillar of the structure features four chained male figures, two sculptures symbolizing members of the Dutch resistance, weeping dogs, and an illustration of a woman with a child, and a few doves flying above. It stands as a site for the yearly Dutch Memorial Day ceremony as well.

Tour the Royal Palace of Amsterdam

The Royal Palace of Amsterdam is one of the most historic and affluent palaces in the world. It is one of the three residences of King Willem-Alexander, and attracts millions of visitors from all over the globe. The original palace was built here in the 17th Century, which was modeled after Roman administrative palaces. This palace stands as the introductory place of Queen Beatrix in 1980 as well as the consummatory site where Prince Willem-Alexander and Princess Máxima kissed in the view of the public.

Nieuwe Kerk or the New Church in Dam Square is a 15th-Century structure that portrays Gothic beauty in its true essence. It was built to ease the rush at the Old Church in Oudekerksplein. Today, the New Church serves as an exhibition spot for high-profile art exhibits as well as organ recitals. The ancient architecture of the New Church is a remarkable sight in itself. It is also used for Dutch royal weddings and investiture ceremonies.

You cannot conclude your Amsterdam private tours to Dam Square without some shopping. The high-end department store, De Bijenkorf or The Beehive, is an exceptional place to explore as well as shop some souvenirs. It was founded in the year 1870, and has been offering shoppers many items like cosmetics, accessories, toys, and homeware since then. You can find several renowned designer brands of men’s, women’s, and children’s fashion and shoes here as well. There is a coffee shop too for non-shoppers.